South Ural State University is working with the international leader in information technology and radioelectronics – Samsung Company. On Tuesday, June 26th, SUSU Rector Aleksandr Shestakov signed an agreement on the opening of the Samsung IoT Academy program and the unique training laboratory for studying technologies of the Internet of Things at the School of Electrical Engineering and Computer Science. SUSU students majoring in engineering will get the chance to complete cost-free, in-person training in the most in-demand technologies because in April 2018, the university’s application won a contest for implementation of a specially-developed course at the SEECS. 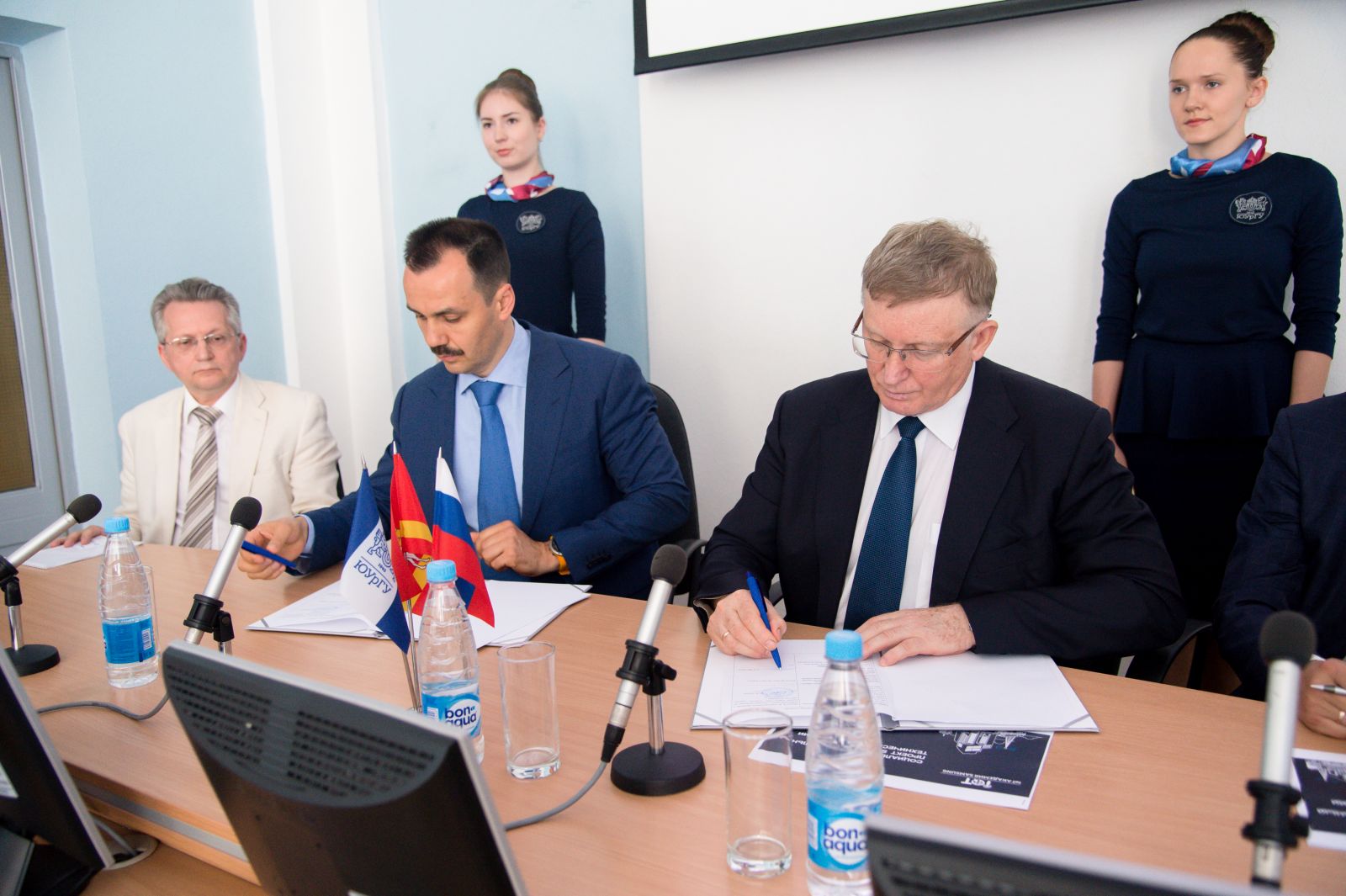 “Samsung IoT Academy” is a social and academic project for development of an expert center of the Internet of Things and data mining, which the company offers in leading Russian universities. IoT is called the next stage of development of the internet, an integral part of the fourth industrial revolution – Industry 4.0. It involves connecting a multitude of devices into a network, including household electronics and industrial equipment using various channels of communication, which makes it possible to obtain and analyze large volumes of data. In this way, technology equipped according to the latest inventions in this field do not require human interaction to be regulated. These devices should make peoples’ lives easier and enable the growth of companies’ productivity.

Experts of the company’s Research center elaborated a special academic course and methodological materials intended for two academic semesters. A special IoT laboratory will be opened at the School of Electrical Engineering and Computer Science where Samsung mobile and wearable devices, equipment for fast prototyping, and Artik microcomputers will be installed. The students’ work on specially-developed materials using high-tech devices by Samsung is a good example of implementing the project-based education, which is being actively introduced into the academic process in all academic divisions of South Ural State University, the goal of which is to offer students the chance to create real projects under the guidance of experienced professors, gaining the necessary skills for their professional activities within the walls of their alma mater.

“Samsung is one of the international leaders in the digital industry. The Internet of Things is an important and promising direction for SUSU, as it is built on the techniques of project-based education, which we are launching in September. I hope that the university’s relationship with the Internet of Things will be beneficial in terms of the development of these ideas in Russia,”noted SUSU Rector Aleksandr Shestakov.

SUSU students will study modern technologies in specially-developed cases – real examples of tasks from experts in the sphere of Internet of Things. The first case – “Electronic lock” – is a training case, which is needed to master the equipment. The second case – “Monitoring in a pharmaceutical warehouse” will help keeping track of the temperature and humidity from sensors using wireless communication. The third academic case is “Adaptive lighting”, which introduces the students to working with system of lighting for office centers. The fourth case – “Smart garbage cans” allows students to control how full trash cans become as well as their location. The fifth case “Smart greenhouse” is a group project. In the second semester, students elaborate individual projects.

“Samsung IoT Academy is a unique IT project which allows students to get involved in project work. It allows us to use equipment from our partner in the academic process. It also allows us to rise to a new national level and compare our students’ education and our projects with the level of education and projects of leading Russian universities. Creating the joint course with Samsung is just the first step in our partnership. In the future, we are planning on creating a joint master’s program on the Internet of Things in Russian and English,” commented the Director of the SUSU SEECS, Gleb Radchenko.

The Director of corporate projects and interaction with governmental authorities at Samsung Electronics Russia, Sergey Pevnev, noted that from the large number of universities in Russia, just 10 were chosen for implementation of this program, and SUSU’s participation was predetermined by its position in the global research and education space and the university’s material and technical facilities. “SUSU was chosen for a reason. In addition to the fact that this is one of the leading technical universities in the country, it distinguishes itself by the practice-oriented approach and a strong focus on project work. The university is part of the 5-100 Program for leading universities. The fundamental and technical facilities, teaching staff, and focus on IT-technologies makes me sure that the new course of Internet of Things will be in-demand and will be effective for interested students,” emphasized Sergey Pevnev.

SUSU’s partnership with Samsung Electronics will allow the university to perform training of specialists in the sphere of Internet of Things and data mining methods, who will work in this area not just abroad, where the sphere of IoT is more developed, but in Russia, especially in its industrial center – in the South Ural region. Konstantin Makarenko, Head of the Office of Technical Development of the Ministry of Information Technologies and Communications in the Chelyabinsk Region, spoke about how the regional labor market needs professionals with experience in Internet of Things devices: “We are very happy to have such a program here in the Chelyabinsk region, because the government is actively supporting smart city initiatives. Right now, we are offering a pilot project in the city of Satka. Based on its results, we will consider the future development of these projects. We understand that life is moving forward, and without smart city technologies and industrial Internet, we will not move far. So, I think that this project will develop actively, and students and participants of the Samsung school will be in-demand around the world as well as within the region.”

The program will also contribute to the solution of a task which is important to Chelyabinsk and the region – the SCO and BRICS summits in 2020, since this requires attracting people with a wide range of competencies, who are able to develop the economy of the region.

“This is a significant event for South Ural State University and for all of our region. This is the beginning of a big program which will fill the market with high-class specialists who can apply their knowledge and experience in various fields of economy. It’s very important that it is being completed in the lead up to the large international event in 2020 – the SCO and BRICS summits. And before the event, we will already be able to demonstrate intermediate results. I think that this project will have a positive impact on the region’s economy as well as the national economy as a whole,” noted the Deputy Minister of Education and Science of the Chelyabinsk Region, Elena Zayko.

Samsung Electronics Company will offer methodological and technical support for teachers, including access to the system of online education. The Company offered the newest equipment for the specialized IoT laboratory: equipment for quick prototyping, Samsung ARTIK microcomputers, and other devices. 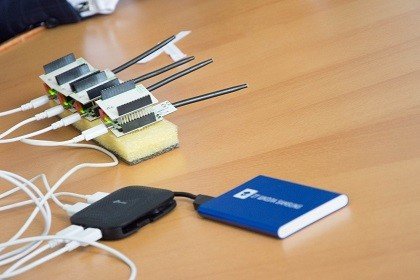 After signing of the agreement, the leading specialist in academic projects, author of the Samsung IoT Academy academic course Tatiana Volkova spoke about the Internet of Things in Russia and offered a master class in which, in a game-based format, students, teachers, and representatives of the Ministries of the Chelyabinsk region worked with devices of the Internet of Things: they were offered the chance to connect to a specialized network using their smartphones and use Samsung sensors.

“We understand that we can endlessly speak about something, but before you actually hold it in your hands, you will not understand what we’re talking about. So, I decided that it’s better to offer a practical introduction. In my mini lecture, I tried to explain the Internet of Things, about which so much is said. I would like to explain how we at Samsung see this technology, what it is, and what the benefit of the Internet of Things is,” noted Tatiana Volkova.

Let us note that providing research and academic support for the region’s industry for transition to Industry 4.0 is one of the university’s key tasks. Solutions based on application of IoT technologies can find wide use in various sectors of economy and industry. 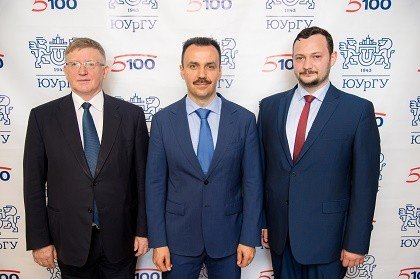